Authorities make Addu terror-linked arrests
Police, MNDF arrest seven Maldivians with IS terror-links in Addu
Three suspects arrested over the attack on Speaker Mohamed Nasheed linked to religious extremism, with MNDF expressing concern over the capabilities of militant extremists in Maldives
Special operation conducted in Addu comes at the heels of an assassination attempt against former president Mohamed Nasheed
Seven people were arrested in Addu City in the operation, Maldives Police Service confirm
7,999 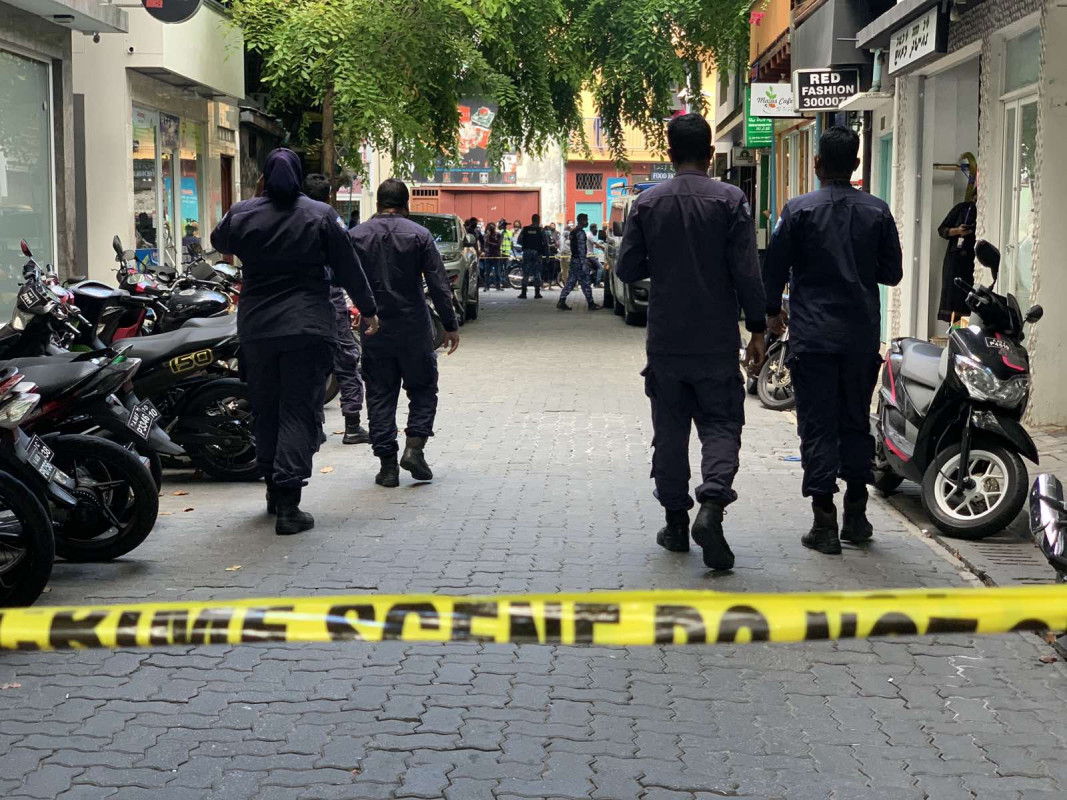 MPS did not reveal further details about the special operation conducted on Saturday, aside from the fact that seven men had been arrested from Addu City.

Residents from Addu City have confirmed to media that the men arrested in the operation were linked to the Islamic State international terror organization, and that they were active leaders in propagating religious extremism in Addu City.

The operation in Addu City comes less than ten days after an assassination attempt against former president and Speaker of Parliament Mohamed Nasheed. An IED packed with shrapnel had been detonated outside former president Nasheed's home on 6 May, with authorities having arrested three suspects with links to religious extremism in relation to the terror attack. The Maldives National Defense Force (MNDF) had in an earlier press conference expressed concerns of the executive and organizational capabilities of violent religious extremists in Maldives following the assassination attempt against former president Nasheed.

Police denies claims of officers hassling women during curfew hours, says yet to receive a complaint