Ahmed Nashid (Naadhu)
Naadhu insists he will not quit as SUS coach
Talks of Naadhu's replacement comes despite the newbies club's consistent performance under his instructions
Acknowledging these reports, the coach said that he cannot be forced to resign and that the club will have to fire him
Reports indicate SUS in discussions to replace Naadhu with Mohan who recently left Eagles 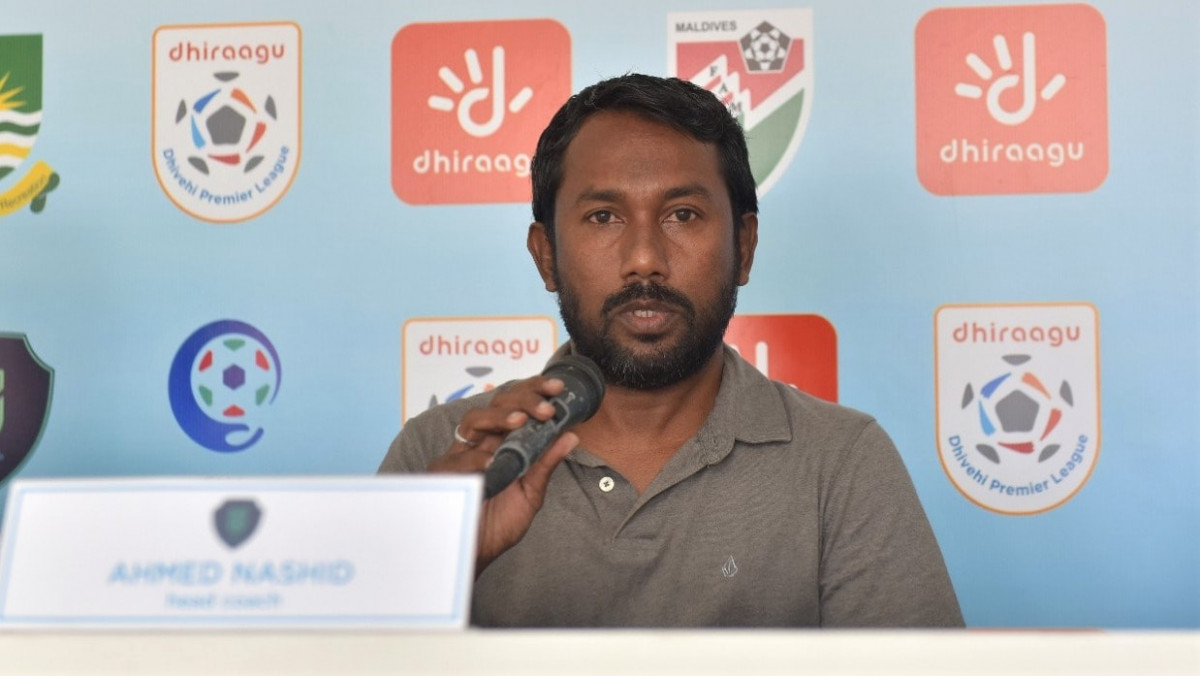 Super United Sports (SUS’) Ahmed Nashid (Naadhu) has said that he will not resign as the head coach of the club, adding that the club's board will have to fire him.

He said this in response to rumors that the club is preparing to sack him, despite SUS’ consistent performance during their first appearance at the Dhiraagu Dhivehi Premier League (DDPL) this season, under Naadhu's instructions; the newbies to the league have only lost one out of the six matches thus far, against last season’s champions Maziya Sports Recreation Club, and is currently in the fifth spot in the league table with seven points.

Naadhu responded to the rumors while speaking to the press after Saturday night’s draw against United Victory, and emphasized that the club’s target when he took over as coach was “to end the season in the top six”.

Noting full confidence that they will be able to reach the target, the coach said that he feels that it is a “little early” for the club to be talking about his removal given that they are on the path to achieving their goal.

Naadhu further said that he will not resign as coach, and that SUS will have to fire him if they want to get rid of him but stressed that they cannot claim that it is over his failure in showing results.

The SUS coach also said that he has no issues with the club dismissing him “if their aim to win the league”.

Reports indicate that Super United Sports is in discussions to replace Naadhu with Mohamed Shiyaz (Mohan), who recently resigned as the head coach of Club Eagles.