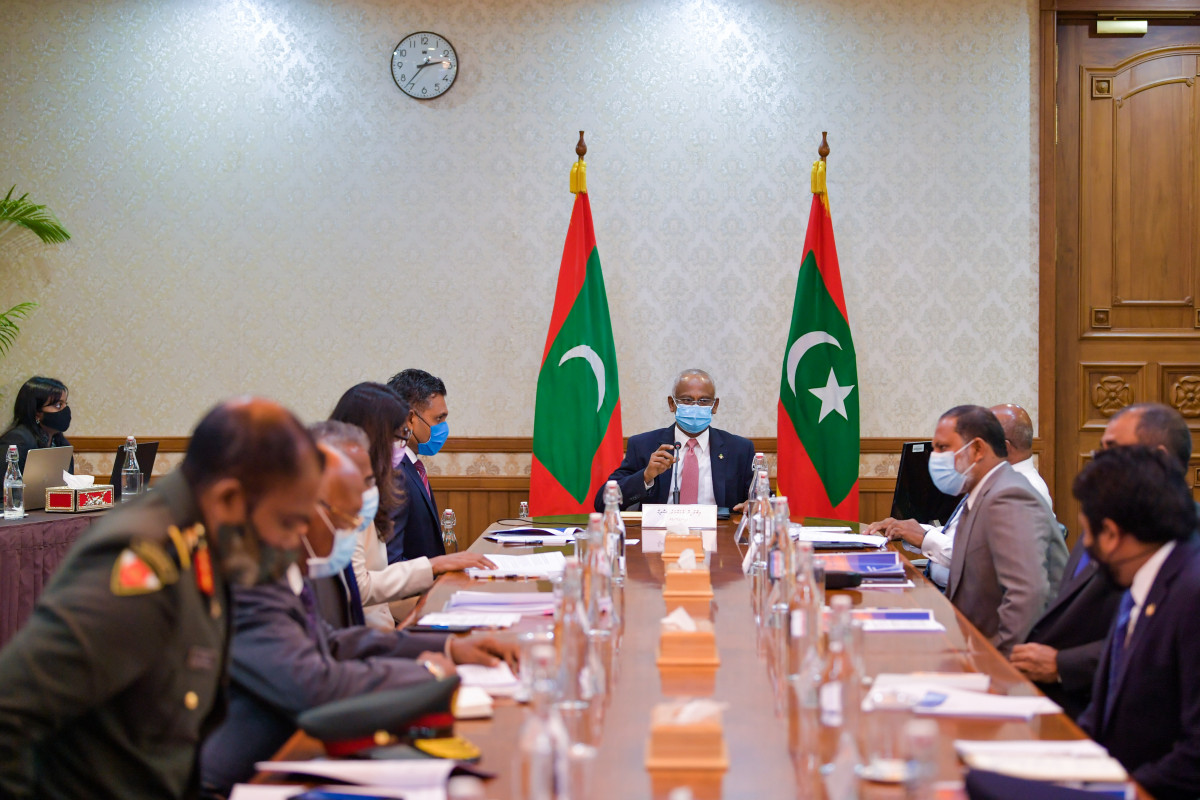 The first exercise under National Terrorism Response Plan (NTRP) was held on Sunday.

The exercise was conducted in partnership with the government of the United Kingdom, at the President’s Office. Cabinet members, officials of the National Security Council, heads of agencies and members of the national security services attended the session, as well as officials of the UK high commission.

While NTRP describes how the different agencies responsible for the country’s national security will coordinate their efforts to help respond to and recover from a terrorist incident, Sunday’s exercise was conducted to test protocols and provisions. It was focused on the strategic level response to a terrorist incident.

Delivering the opening remarks at the exercise session, President Ibrahim Mohamed Solih emphasized on the “high priority” the government places on keeping the country safe from terrorism and violent extremism.

He also noted that NTRP is the “first comprehensive multi-agency document that will help the country work towards this end”.

UK’s High Commissioner to the Maldives, Caron Rohsler, also spoke at the session. The President’s Office said that she expressed appreciation for the Maldivian government’s “willingness to collaborate on anti-terrorism efforts, and its openness towards positive engaging on other issues of mutual interest, such as climate change”.

In a tweet sent after, Rohsler said that the UK is pleased to support the Maldives National Terrorism Response Plan, while the high commission highlighted the “determination from government of Maldives in dealing with security challenges”.

The high commission added that the “openness and willingness to collaborate on this and many other priorities/shared interests such as climate change sees the UK-Maldives relationship going from strength to strength”.

The remainder of the week is to be spent conducting working sessions for other levels of response coordination in the NTRP, to enhance stakeholder collaboration with respect to meeting threats, and to ensure that the Maldives remains a safe country.

Last updated at: 1 month ago
Reviewed by: Abdulla Naseer Ibrahim
0%