Dhaalu Vaanee Police Training Centre
Gov't considers capacity building of police officers, a priority: FM Shahid
The establishment of the facility will provide access to a secluded training facility designed to enhance specialized skills and expertise needed for police officers to uphold the rule of law
The project was one of the very first projects to be embarked upon under the generous grant assistance provided by the government of India
An official reception was hosted to mark the Phase Two of the Dhaalu Vaanee Police Training Centre at Iskandhar Koshi on Tuesday
3,949 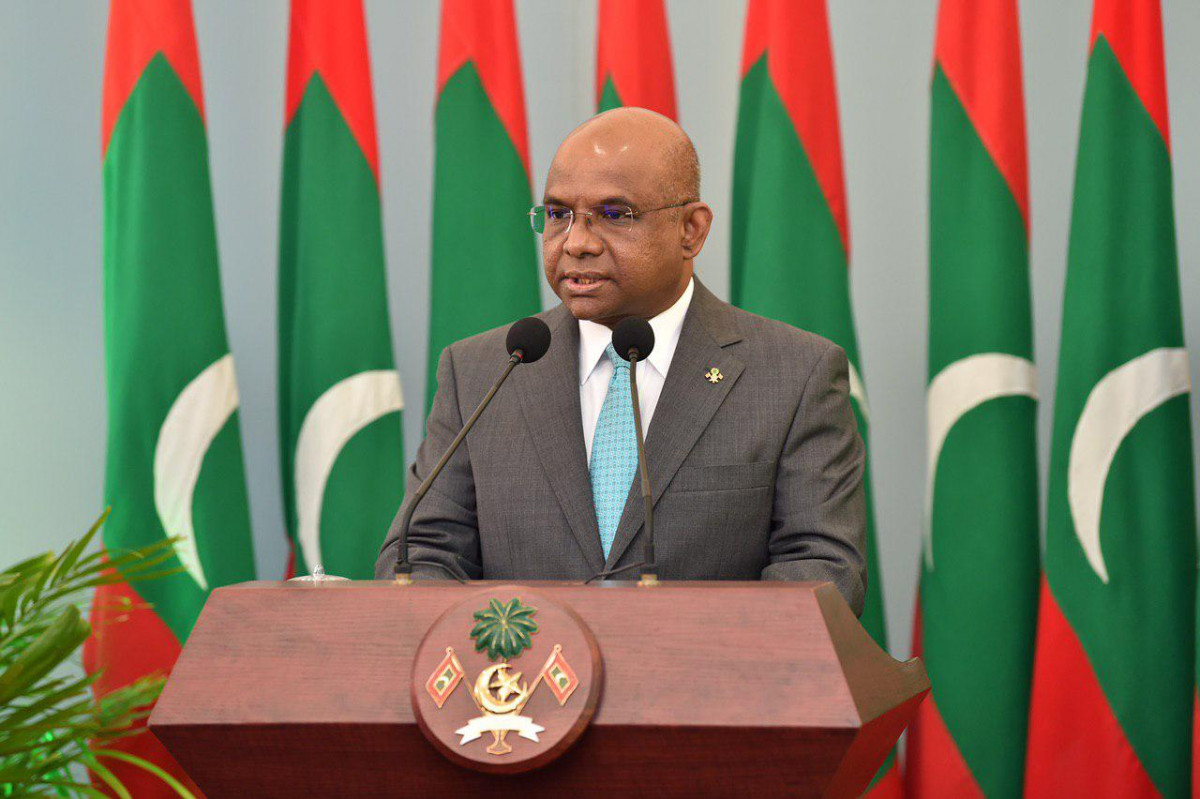 The government of Maldives considers capacity building of the police officers a priority, as there is a continuous need to ensure that our police service is ready and readily trained institution with the changing landscape of prime globally and locally, says Minister of Foreign Affairs, Abdulla Shahid.

He made the remarks during an official reception to mark the Phase Two of the Dhaalu Vaanee Police Training Centre at Iskandhar Koshi on Tuesday.

The ceremony coincides with the 16th anniversary of the establishment of the Maldives Police Service as a civil policing organization in 2004.

The establishment of the facility will provide access to a secluded training facility designed to enhance specialized skills and expertise needed for police officers to uphold the rule of law, said FM Shahid.

Further, he noted that the country marks a bold step into the future, a future promising enhanced professionalism and alertness from our police to rapidly respond to any lurking threats within our country as well as prepare and work with communities in enhancing safety across the country, with the inauguration of the facility.

Dhaalu Vaanee police training center is one of the many Indian contributions to the development of the police institution.

In addition, the foreign minister noted that the government is eagerly anticipating the opening on the Institute of Security and Law Enforcement Studies Academy in Addu city to be completed next year, which will be the largest grant project undertaken by the government of India in the Maldives.

Training and capacity building of MPS is expected to get a much-needed boost and it will be immensely beneficial for officers and in turn, the long-term development of a safe community, with the launching of ISLE academy.

Since November 2018, the traditionally close bilateral between Maldives and India has grown from strength to strength. In no doubt, due to the close relationship between the leaders of both countries President Ibrahim Mohamed Solih and Prime Minister Narendra Modi, in their commitment to a strong Maldives-India partnership that inspires all of us to work hard, to desire results and to make this partnership an example to follow. I would like to take this opportunity to offer my immense gratitude to the government of India for their support in facilitating this project and many more just like these. I would like to offer a special thanks to Minister of External Affair, Dr. Jaishankar for the high regard he places on the Maldives-India partnership. Finally, I would like to thank you, High Commissioner and your able team at the High Commission, for your hard work in implementing such socially-impactful projects across the Maldives.”
Abdulla Shahid, Maldives Foreign Minister

The foreign minister went on to applaud the institution for delivering the project and for the commitment to enhance the professionalism of officers and harnessing specialized skills among officers.

Stressing that the situation of Covid-19 prevented the historic ceremony from being held in Dhaalu Vaanee, FM Shahid noted with appreciation, that all the stakeholders in the project have put in their best efforts and commitment to the realization of this very important project.

During the event, Sudhir was presented with a plaque of appreciation, to appreciate the financial contribution from the Government of India towards the completion of the project.

The objective of the Project was to finance the second phase of the Dhaalu Vaanee Development Project which includes the establishment of a reverse osmosis plant, gymnasium, repelling tower, swimming track, vehicles and skills enhancing equipment.

Last updated at: 3 months ago
Reviewed by: Simaha Naseem