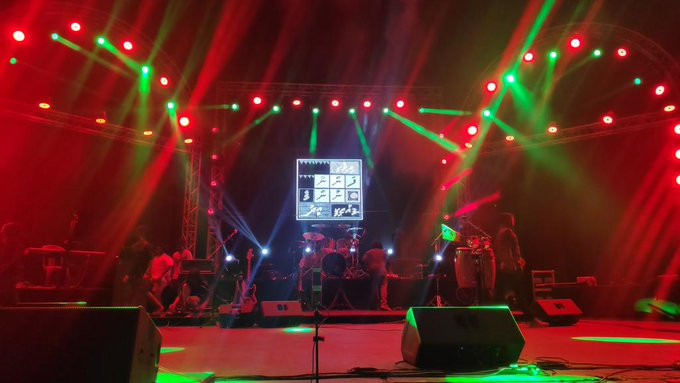 The Musicians' Union of Maldives (MUM) have called for action against the illegal employment of foreign artists as resident musicians at resorts, while many local artists remain out of job since the beginning of the Covid-19 pandemic.

The MUM highlighted their efforts to tackle the issue in a series of tweets posted on the union's account on Sunday. In their tweet, the MUM noted that many local artists had been out of work following since international borders were initially closed on March 2020 following the global Covid-19 pandemic.

The Musicians' Union of Maldives also remarked that the situation had remained as desolate for local artists despite the reopening of borders. MUM revealed that they had been made aware of multiple cases where resorts were choosing to higher foreign artists over local musicians, while dozens of local artists remained out of a job. The union expressed that while they were welcoming of foreign artists, the Foreign Employees Act of the Maldives places a quota on foreign entertainers, performers and artists being employed in the Maldives while there is an availability of local talent.

The MUM went on to note that they had previously brought the issue to the attention of the Minister of Arts Yumna Maumoon, Minister of Sports Ahmed Mahloof, Minister of Tourism Abdulla Mausoom, Minister of Economic Development Fayyaz Ismail and the Controller General of Immigration Mohamed Ahmed Hussain as well. The Musicians' Union of Maldives further revealed that while an inter-governmental committee had been formed to tackle the issue, no action had been taken thus far.

The MUM expressed disappointment that while their concerns over the years had been heard by authorities, no action had been taken that could protect the rights and job security of local artists. The Musicians' Union of Maldives stressed that action is needed more than ever as local artists and talents face the economic downturn caused by Covid-19 without employment or secure income at this time.