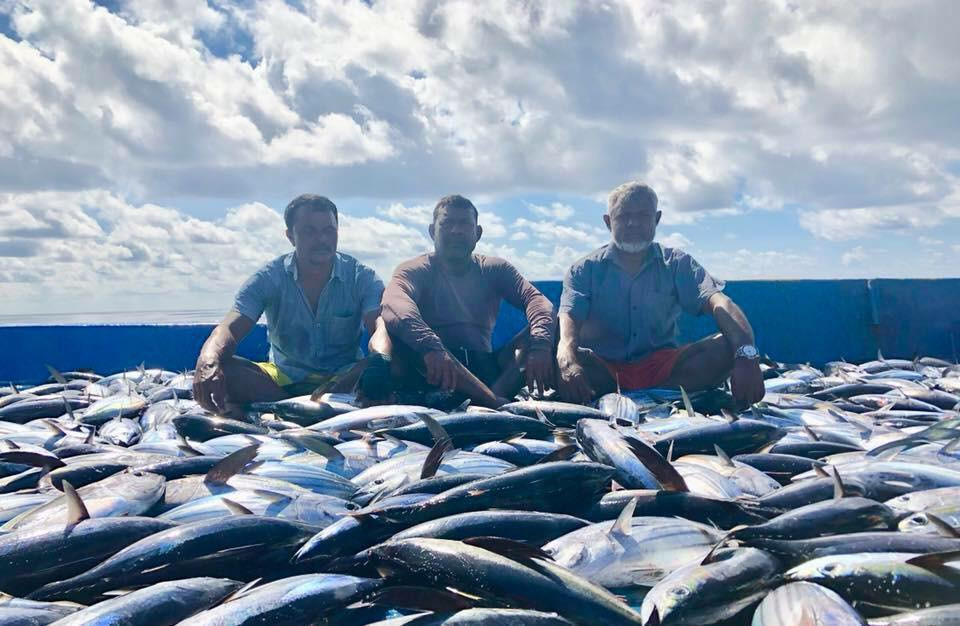 MMA confirmed a 52 percent increase in fish bought from fishermen in 2020 by processing companies, despite the Covid-19 pandemic
Facebook

2020 has been confirmed as a record year for purchasing fish in the Maldives, with exports of fisheries products increasing two-fold in the final quarter of 2020.

These statistics were made public in the Quality Economic Bulletin released by the central bank, Maldives Monetary Authority (MMA) every four months. The fisheries sector in the Maldives was seen to advance significantly following the easing of Covid-19 restrictions, since the third fiscal quarter of 2020. The Quality Economic Bulletin confirms that more fish was purchased from fishermen, processed and then exported as various products in the final quarter of 2020 as a result of this boom.

In the fourth quarter of 2020, a 12 percent increase was recorded in the amount of fish bought from fishermen by various fish-processing companies. A total of 23,807.3 metric tonnes of fish were purchased from fishermen in the final qaurter of last year. The bulletin by MMA also highlights that the amount of fish-products exported from Maldives also increased two-fold in the fourth quarter of 2020, which is in an increase of 2,574 metric tonnes of fish-products exported. The bulletin further notes that exports of fish products had increased as a record number of fish had been bought by various companies from fishermen in the past year. A 52 percent increase was observed in the amount of fish that was purchased from fishermen and acquired by companies for processing in the Maldives in 2020.

The amount of Bigeye Tuna purchased from fishermen also increased, and a 278 percent increase was observed in the export of frozen tuna from the Maldives in the final quarter of 2020.

While delivering his Third Presidential Address earlier this month in parliament, President Ibrahim Mohamed Solih had highlighted the endurance of the fisheries sector despite the economic struggles of Covid-19.

Changes had been implemented in 2020 to make the fisheries industry in the Maldives more sustainable, including the abolishment of laws that made purchasing fish exclusive to certain parties. Now all persons and businesses interested in the buying and selling of fish and fish-based products in the Maldives are free to do so. Further, under President Solih's directive, import duties have also been reduced for certain equipment used during fishing.

In 2020, MIFCO weighed more fish than in the last 14 years, which is a total of 49,000 metric tonnes of fish, and fishermen across the Maldives were issued MVR 879 million as the fair price of the fish sold. The trend seems to be continuing, as the MIFCO fish report for 25 February 2021 shows that 609.3 metric tonnes of fish had been collected from 111 fishing vessels in Maldives, with the company noting it as a good week for fishing across the island nation.