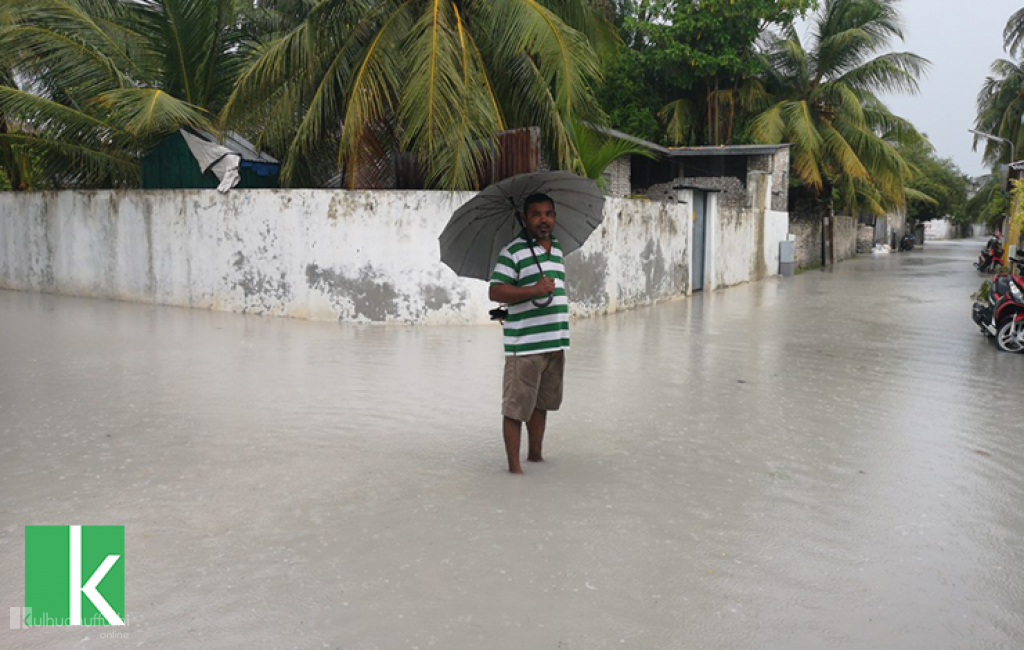 Widespread rain and heavy showers around the country has resulted in flooding in multiple islands and damaged a number of households.

Kulhudhuffushi island council has revealed that three homes on the island have been evacuated due to flooding.

Speaking to a reporter of RaajjeMV, President of Kulhudhuffushi Island Council Abdul Latheef Hassan stated that 20 homes on the island have been affected by flood damage. Moreover, he revealed that three of these homes are currently being evacuated and transferred to the residences of their relatives due to the flood damage caused to their household and appliances, said Latheef.

Flooding has also caused sewerage issues on the island resulting in many households being unable to use the toilets, said Latheef.

He further noted that the relevant ministries are assisting in the island to recover the flood damage.

A number of homes in Hoarafushi island of Haa Alif atoll have also suffered flood damage.

Hoarafushi Council President Mohamed Waheed told RaajjeMV that a number of roads on the island have flooded and spread to several households.

The Maldives Meteorological Service (MET) office announced a white alert for the region of Haa Alif atoll to Noonu atoll due to deteriorating weather conditions, from 12pm-5pm on Sunday while an yellow alert for the northern atolls in the morning.

The MET office has advised citizens to take the necessary precautions for heavy rain.

Last updated at: 1 month ago
Reviewed by: Aishath Shaany
0%