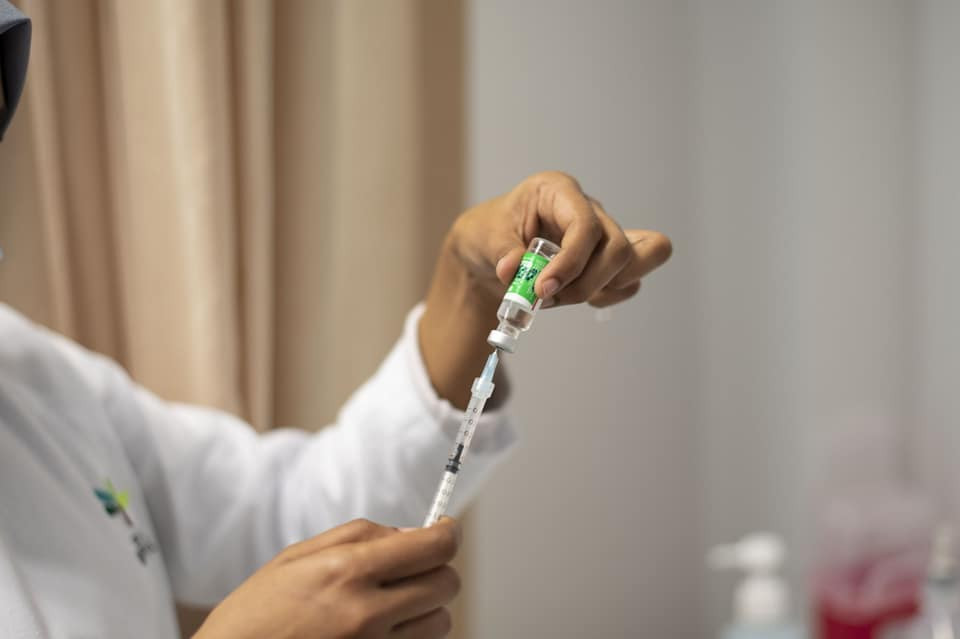 According to the latest statistics publicized by the Health Protection Agency (HPA), Thursday’s vaccinations included 24 first doses and 592 second doses.

First doses were not administered across the capital region on Thursday.

A total of 140,670 individuals have been administered their second shots nationwide by the end of Thursday with a total of 302,506 having received first doses nationwide thus far.

On Wednesday, Maldives approved the emergency use of Sputnik V Vaccine in its battle against Covid-19. Maldives is using the Oxford AstraZeneca Covishield vaccination, Sinopharm as well as Pfizer vaccines in its inoculation programme and the Russia-produced vaccine is the fourth addition to the “Covid-19 Dhifaau” vaccination drive.