Speaker Nasheed approves MPs' travel
Parliamentarians travel to atolls for campaign under Speaker Nasheed's directive
Speaker of Parliament Mohamed Nasheed had previously stated that MPs who wished to travel for campaigns would be allowed to do so upon request
Only 27 MPs attended Wednesday's sitting of the People's Majlis
Campaign events are being conducted across Maldives for the Local Council and Women's Development Committee elections, despite the prevailing threat of Covid-19
2,844 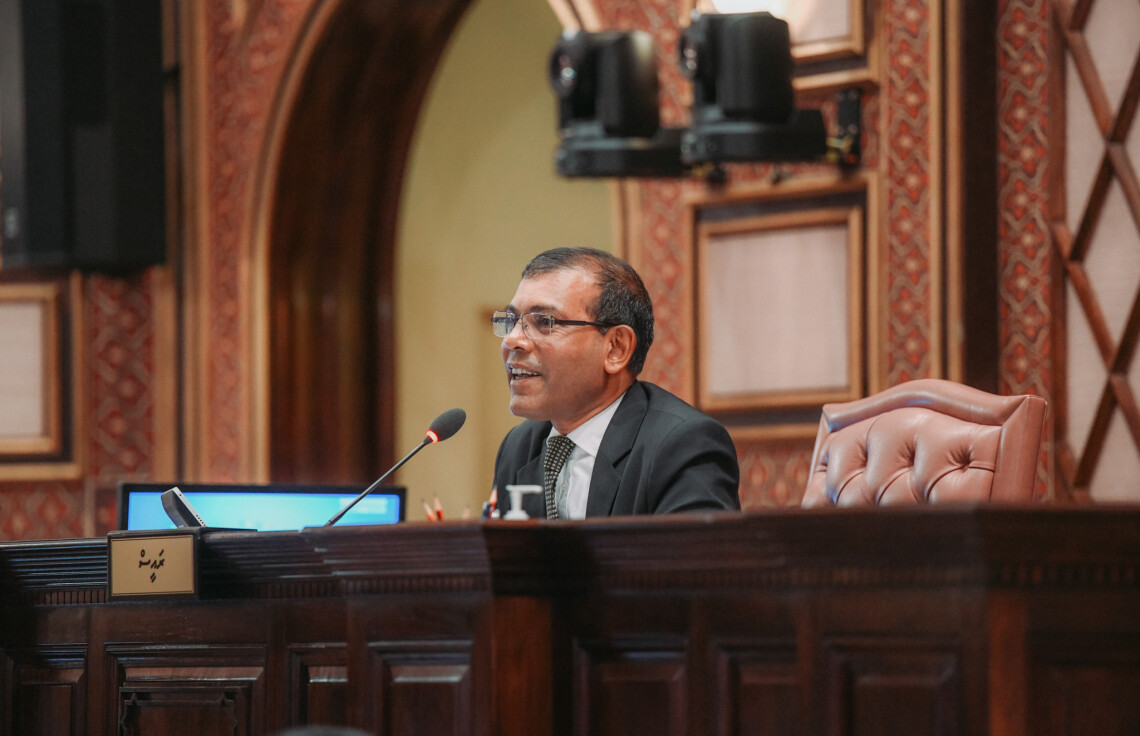 Members of parliament have begun travelling to atolls for campaign purposes ahead of the upcoming Local Council and Women's Development Committee elections, under the directive of former president and Speaker of Parliament Mohamed Nasheed.

Speaker Nasheed has previously stated that MPs who wished to travel to atolls for campaign purposes would be allowed to do so upon their request, despite the prevailing threat of a third wave of devastating Covid-19 infections across the country.

As such, Wednesday's sitting of the People's Majlis saw only 27 parliamentarians in attendance, as an additional seven MPs had taken leave from their official duties, including three MPs representing Fuvahmulah City.

The issue of being given campaign opportunities had been debated at parliament earlier as well, with opposition parties raising concerns through an emergency motion. The following debate had seen MDP MPs declare that the opposition would need to learn how to adapt and campaign as required in light of the present state of national affairs and public health.