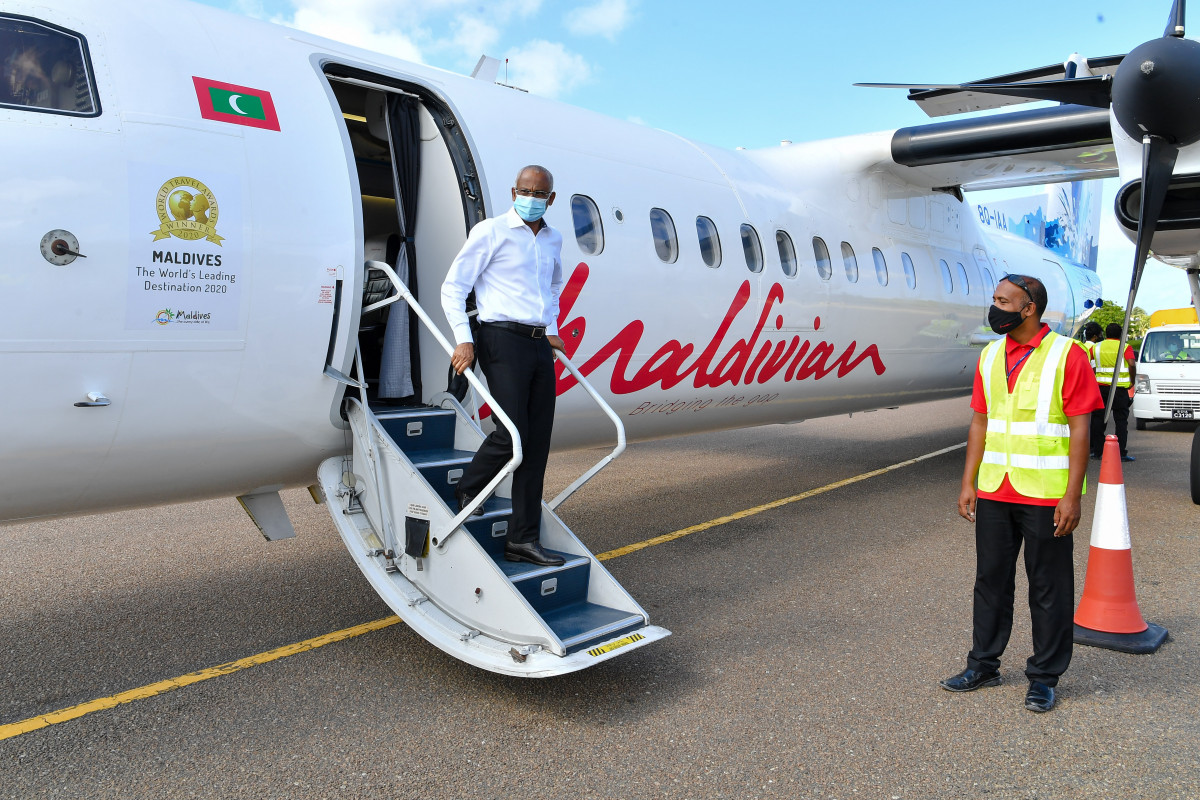 President Ibrahim Mohamed Solih returned to the capital on Friday evening, after concluding a two-island visit to Laamu atoll.

The president’s first leg of the trip was to Kadhdhoo island, to inspect a training demonstration at the Maldives National Defence Force's (MNDF's) Central Area Headquarter.

During the inauguration ceremony, the president spoke on the “many planned projects” in Laamu Atoll in the upcoming year, in the spirit of helping the region develop rapidly.

This includes the development of a cancer hospital in Gan island with the support of the Indian Government, establishing a regional emergency operations center in Fonadhoo island to strengthen disaster-resilience, constructing harbors, enhancing water and sewerage systems, developing roads, building police stations as well as developing football stadiums in various islands in the region.

The president departed to Laamu atoll on Thursday afternoon, and was joined by senior government officials including cabinet ministers.

Last updated at: 5 days ago
Reviewed by: Abdulla Naseer Ibrahim
0%