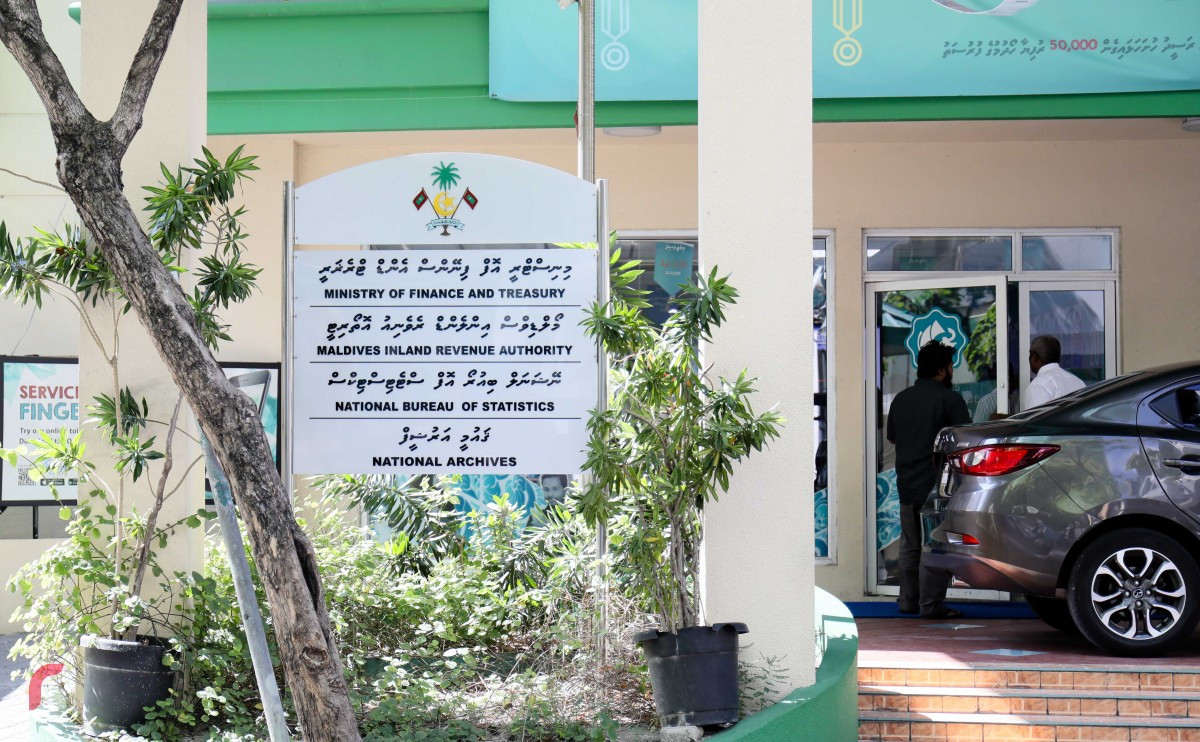 The Ministry of Finance has revealed that state revenue has reached MVR 5 billion thus far in the ongoing year.

The Weekly Fiscal Development report publicized by the Ministry of Finance revealed that the state's revenue had increased by MVR 1 billion within a week. As such, the state had recorded MVR 4,151.1 million as revenue by 25 March 2021. which increased to MVR 5,006.9 million in the following week until 1 April. This constitutes MVR 3,995.1 million in tax revenue, and MVR 955.8 million in non-tax revenue recorded for the state during this period.

The revenue recorded for the same period last year was MVR 5,588.9 million, including MVR 4,484.3 million reported as tax revenue and MVR 1,002.3 million logged as non-tax revenue accumulated by the state.

Last updated at: 3 days ago
Reviewed by: Imad Latheef
Ministry of Finance
0%