Solih's timeline for Rilwan investigation
Will resolve case of Rilwan's murder, release report by year-end: President
Foreign experts assigned the case last November had requested a period of one year to complete work
The knife and other evidence being analyzed abroad
Serving justice in Rilwan's enforced disappearance and murder had been a key electoral pledge for Pres. Solih 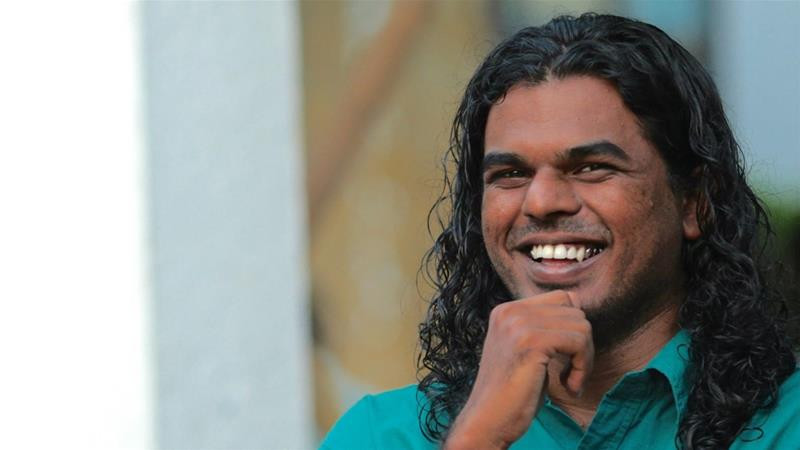 President Ibrahim Mohamed Solih has revealed that foreign experts have been assigned to investigate the murder of Minivan News journalist Ahmed Rilwan, and that work would conclude with a final report by the end of this year.

President Solih made the announcement while speaking at one of Maldivian Democratic Party (MPD)'s 'Rahvehi Fathis' campaign events. He added that the foreign experts assigned to investigate the case in November last year had requested a period of one year, and that a final report on the investigation would be made by the end of 2021.

President Solih added that Inquiry Commission on Enforced Disappearances and Deaths was overseeing efforts diligently, and that they were sharing updates of the investigation with Rilwan's family as well.

Rilwan was last seen purchasing a ticket to the Hulhumalé ferry from capital city Malé, on 8 August 2014. Two years later in 2016, the police had confirmed that Rilwan was abducted.

The DDCom confirmed in 2019 that Rilwan had been killed by an as yet unidentified extremist group. No meaningful progress has been achieved in investigating Rilwan's murder, despite the commission having substantiated in 2018 that Rilwan's forced disappearance was linked to two other high-profile politically motivated murders in the Maldives; the 2012 murder of parliamentarian Dr. Afrasheem Ali, and the 2017 stabbing of Rilwan’s close friend and democracy activist Yameen Rasheed.

Foreign experts had arrived in the Maldives in November 2020 to investigate the case. Forensic evidence such as hair found inside the red car believed to have been used to abduct Rilwan, and a knife found at the scene of his disappearance have now been sent abroad for further analysis.

The DDCom has offered an incentive of MVR 500,000 for any member of the public who may provide additional information about the knife, or in relation to the enforced disappearance and murder of Rilwan.

Serving justice in Minivan News journalist Ahmed Rilwan's disappearance and murder had been a critical electoral pledge for President Ibrahim Mohamed Solih during the presidential elections of 2018.