Ali Waheed’s departure
No changes to ex-minister’s travel ban order despite recent SC ruling: PG
Shameem made the statement after being summoned to Monday’s meeting of the parliament’s judiciary committee
Committee reviewing Ali Waheed’s unlawful departure despite ongoing sexual assault trial
The PG Office has also expressed concerns as the former minister has had a history of evading prosecution by fleeing to a foreign country 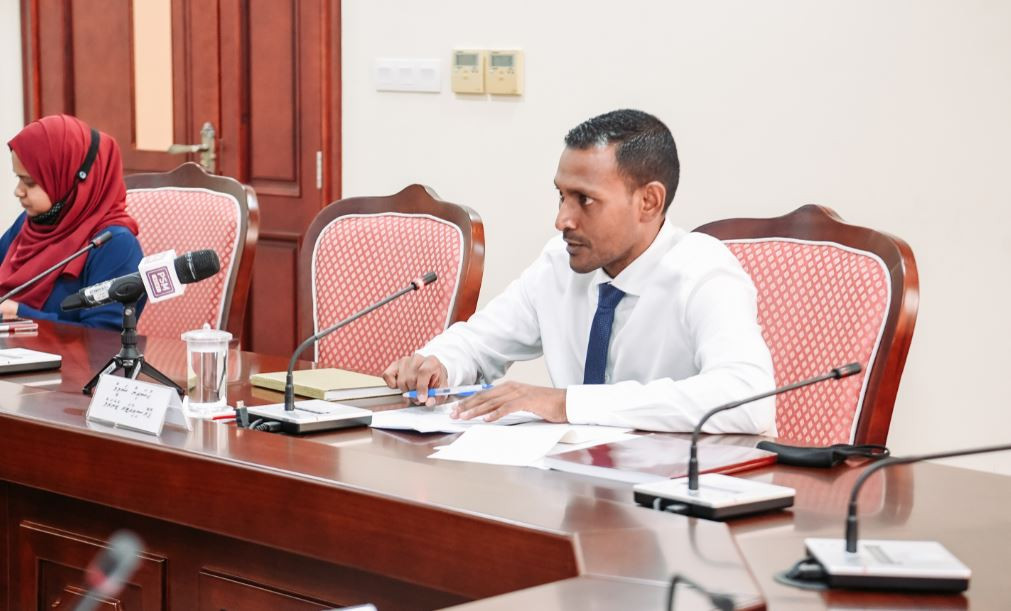 While the Supreme Court recently ruled that passport seizure orders can only be sought by law enforcement agencies, Prosecutor General (PG) Hussain Shameem has said that this should not affect the travel ban order against former Tourism Minister Ali Waheed.

Shameem made the statement after being summoned to Monday’s meeting of the parliament’s judiciary committee, who is reviewing Ali Waheed’s departure submitted to People’s Majlis by four female lawmakers; the disgraced former minister was allowed to travel out of the country despite an ongoing sexual assault trial.

The PG revealed details of the case during the meeting, including that the Office had followed all laws and regulation in seeking Ali Waheed’s passport seizure.

Noting that it was the PG Office that has been seeking such orders prior to the recent Supreme Court ruling, Shameem noted possible obstacles to police seeking them given that it is the PG Office that handles cases after submission to court. He added that discussions are underway to solve this matter, with the Attorney General’s Office.

Further, the PG assured that Supreme Court’s ruling does not affect Ali Waheed’s travel ban order, adding that they had followed all laws and procedures in the matter, even seeking the order at court through the Maldives Police Service.

The PG Office has also expressed concerns as the former minister has had a history of evading prosecution by fleeing to a foreign country, and as he has previously attempted to destroy evidence against cases filed against him while abroad. The PG Office noted that he can thus be considered a serious flight-risk given the opportunity, especially in light of the sensitive nature of the allegations raised against him.

State Minister for Youth and Sports Assad Ali (Adubarey) was named a guarantor responsible should Ali Waheed fail to return within the four months approved, and the PG assures that action will be taken against the guarantor if the situation arises.

The PG Office raised seven charges pertaining to sexual violence and misconduct including attempted rape against Ali Waheed in November 2020, who was removed from office in July shortly after the allegations made against him by ministry employees were brought to the president’s attention.

The Office previously said that Waheed’s travel ban order was lifted unlawfully and has since submitted a complaint against the presiding judge in the case, Hassan Saeed, at the Judicial Service Commission (JSC).

The former minister maintains that he is innocent, and that the charges against him are “politically motivated”.