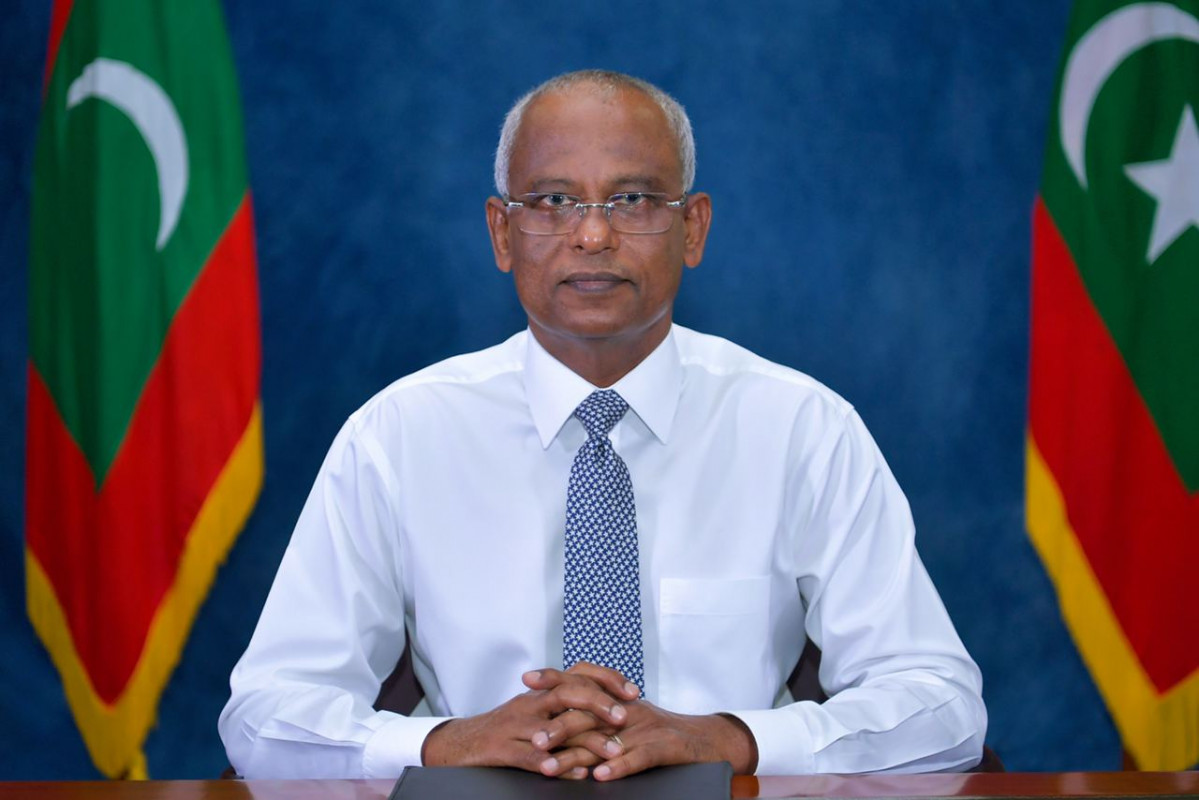 President Ibrahim Mohamed Solih has declared that the government’s Covid-19 response plan is to provide free vaccines to all the citizens of Maldives, in the coming months.

President Solih made the remarks while addressing the nation on Wednesday afternoon, ahead of the arrival of the first Covid-19 vaccines to the Maldives from neighboring India. The Oxford-AstraZeneca Covishield Vaccines consigned to the Maldives were produced by the Serum Institute of India and deployed under a special grant program between the two countries.

During his address, President Solih said that the vaccines brought to the Maldives today symbolized generous aid on behalf of India, always first responder to the Maldives in times of crises and emergencies.

He also extended his sincere gratitude, and the gratitude of the Maldivian people, to the citizens of India and the Indian government, along with Indian Prime Minister Narendra Modi, emphasizing the long-standing friendship between the two countries on a national and personal level.

President Solih further detailed that the government had been working with health professionals in making unprecedented efforts in order to protect the citizens of Maldives from the pandemic since the infection was first discovered in the country.

He added that once the international community had succeeded in producing vaccines effective against the virus, the government had begun procurement efforts to ensure that enough doses were secured to vaccinate all citizens of the Maldives against Covid-19.

Further, President Solih announced that by God’s grace, the government had been able to secure enough vaccines for all citizens of the country, adding that the government aims to vaccinate the whole population of Maldives against Covid-19 in the coming months, free of cost.

The President also acknowledged that the past 10 months had been a difficult ordeal for citizens in light of the many impacts of the global Covid-19 pandemic, and that many had lost their jobs and, tragically, irreplaceable loved ones to the virus as well.

He added that businesses had come to a grinding halt, and that the nation had been forced to close doors to schools and mosques as families were unable to meet and connect with one another with transport and other essential services restricted by the pandemic.

President Solih concluded his address by reminding citizens of individual responsibility even during this time of hope. He remarked that much work was left to be done, and implored citizens to be cautious of following the lead of health professionals in the days to come.