People's Majlis statement on Israel
People's Majlis condemns Israeli human-rights violations, calls for immediate cease-fire in Occupied Palestine
Foreign Minister Abdulla Shahid had advocated for Palestine at a meeting of OIC ministers held to discuss the aggression and attacks by the nation-state of Israel in Occupied Palestinian Territories
Stated that the attack against Palestine and the Palestinian people by Israeli military was in clear violation of international laws
The People's Majlis noted that the brutal attacks against Palestinians by the Israeli state could have repercussions on wider efforts to establish peace in the Middle-East
3,846 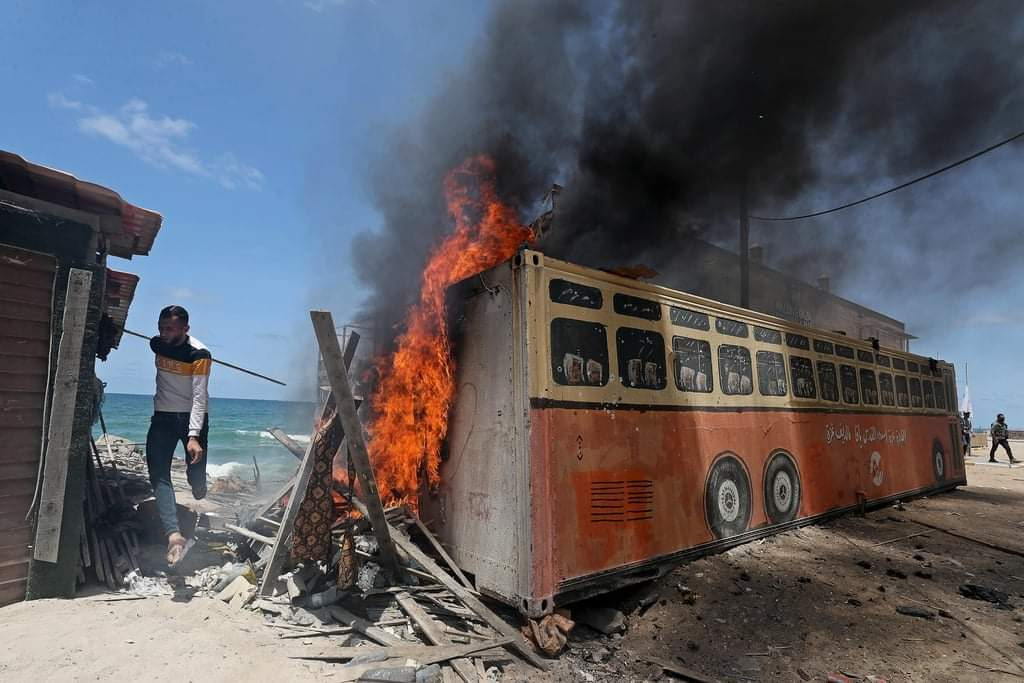 The People's Majlis has released a statement condemning violent attacks by the nation-state of Israel against the people of Palestine living in occupied territories.

The statement released on Monday reads that Israeli violence in Occupied Palestinian Territories had resulted in the martyrdom of innocent Palestinians, including hundreds of women and children, acts which are condemned explicitly by the People's Majlis. International media have confirmed that recent Israeli airstrikes in Gaza, Palestine, have killed at least 198 Palestinians, with one in three of those killed reported to be children.

The People's Majlis in their statement also condemned the forced displacement of Palestinian families from their homes, damage to property and attacks by Israeli military forces which targeted unarmed worshippers at the Al-Aqsa mosque during the holy month of Ramazan. The People's Majlis declared that these acts of inhumane attacks by the nation-state of Israel against the people of Palestine was clearly a violation of international law, which could have repercussions on wider mulit-lateral efforts to establish peace in the Middle-East.

The People's Majlis declared that Maldives would always stand with brothers and sisters in Palestine, and would support their cause and resistance against occupation and apartheid by the state of Israel.

Member of parliament for the Naifaru constituency Ahmed Shiyam had submitted an emergency motion to parliament on Monday regarding the human-rights violations being perpetrated by Israel against the people of Palestine.

In submitting the motion, MP Shiyam stated that the Maldives' stance on the issue was very clear cut, and that simply condemning the attacks with a statement or speech was not an acceptable response. MP Shiyam stated that the government should be able to boycott and sanction Israel, in addition to taking effective measures to make a stand against the killing of Palestinians by Israel.

As such, MP Shiyam recommended that the Maldives ban tourists from Israel until the nation-state immediately ceases acts of violence against Palestinians, and a ban on importing goods to the Maldives from Israel, in addition to taking any and all other steps possible against Israel.

Maldives' Minister of Foreign Affairs Abdulla Shahid also made a stand against Israel's violation of the Palestinian people at an emergency summit held for foreign ministers of OIC member-states on Sunday.

In his statement at the meeting of Organization for Islamic Cooperation (OIC) ministers, FM Shahid condemned the violent attacks on Palestinian civilians by Israeli forces in occupied East Jerusalem and Gaza. He stated that the forceful eviction of Palestinian families in Sheikh Jarrah, attacks on unarmed worshippers in the grounds of the holy Al-Aqsa Mosque, and constant bombardment of Gaza by Israel is in violation of international law and relevant UN Security Council resolutions. He further said that an internationally agreed two-state solution that establishes an independent and sovereign State of Palestine, based on the 1967 borders, with East Jerusalem as its capital, in line with relevant resolutions, is the only solution for lasting peace and stability in the region.

The meeting concluded with the adoption of a resolution by the Executive Committee of the OIC calling for an immediate halt to these attacks and condemning Israel for violating international law.

The United Nations Security Council has held three emergency meetings this week amid deadly Israeli attacks in Gaza, Palestine. All three meetings ended with the United States of America blocking a joint statement by other UNSC-states in calling for an immediate ceasefire between Israel and Hamas.

While the Maldives has made a clear stand against Israeli violation of the rights of Palestinians, images have surfaced online from Gaza after an Israeli warplane targeted an airstrike on a restaurant titled after the Maldives at Gaza beach on Monday.

Airlines not authorized to operate direct flights from Israel to Maldives