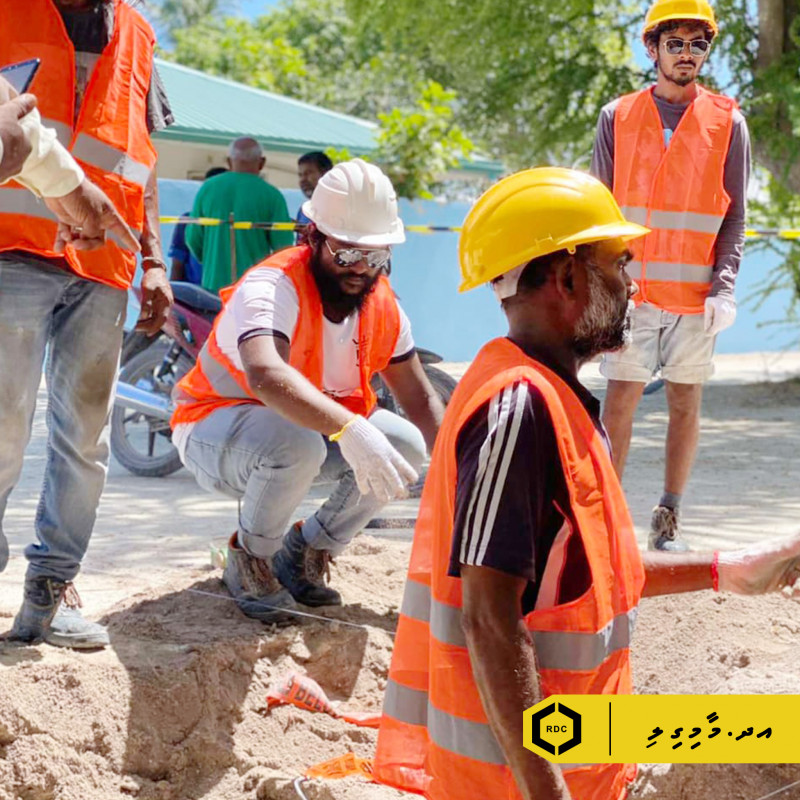 The project was mobilized on January 21
Social Media

The road developed project in Maamigili island of Alif Dhaal atoll, has been mobilized.

Road Development Corporation revealed that the project was mobilized on January 21, and that they are currently digging the sidewalks to plant cable junctions and lay pipes.

The roads are being developed with an aim to solve flooding issues and Road Development Corporation is also going to plant storm water drainage systems as well as a pump station on the island.

The Ministry of National Planning, Housing and Infrastructure contracted the company with the development project on 12 March 2020.

The contract was signed by the Director General at the ministry, Shana Farooq and Managing Director of RDC, Moosa Ali Manik.

RDC is tasked with developing the main roads of the island under the contract, measuring up to 4.89 kilometers. The contract task RDC to tar and develop six roads on the island within 400 days.

The project is worth MVR 95 million.

RDC had transported the vehicles required to commence the project on 23 November 2020.

The government allocated a budget of MVR 10 million from the state budget for the ongoing year, for the Maamigili road development project.