Protests in Malé
Protests only allowed in Carnival region: Home Ministry
The amendment to the Peaceful Assembly Act was brought in 2016
Police permission required to stage protests elsewhere
The ministry issued the reminder following increase in protests
6,230 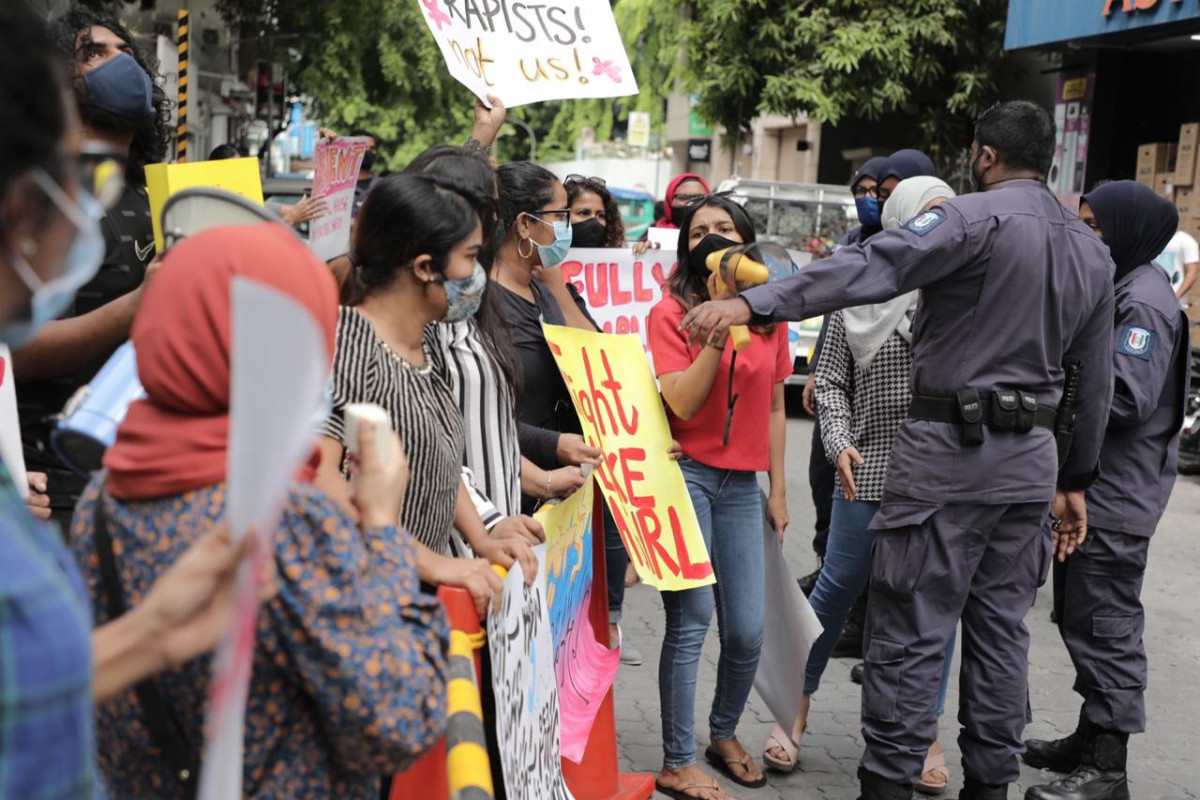 Protesters against rape and impunity
RaajjeMV

The Ministry of Home Affairs has reminded the public that protests and demonstrations are only allowed to be staged in the Carnival region of capital Malé City’s Henveiru district.

The ministry released a statement on Tuesday, citing Article 24 of the Peaceful Assembly Act which reads that holding any type of assembly, walk or vehicle ride is only permitted in the Carnival region.

Individuals are allowed to stage protests and demonstrations in the Carnival region except for the case where they have the required permit from the Maldives Police Service (MPS) to stage assemblies elsewhere. This was ratified during the former administration of now incarcerated former president Abdulla Yameen Abdul Gayoom under the amendments brought to the act by the 18th People’s Majlis.

In August 2016, Yameen ratified the amendment to the act, which stipulates that street rallies, protests, marches, parades, and other such gatherings can only be held with written permission from the police, or in areas designated by the Ministry of Home Affairs.

The amendment was proposed by then-MP Abdulla Rifau, representing then-ruling Progressive Party of the Maldives (PPM) and was passed with a majority of votes from the then-ruling party members.

Then-opposition and current main-ruling Maldivian Democratic Party (MDP) had raised concern over the amendment, having noted that it is against the Maldives constitution, which gives everyone the right to freedom of peaceful assembly without prior permission from the state.

The ministry has brought the reminder to the people’s attention at a time a number of protesters have been staging rallies in connection to a number of matters linked to sexual assault cases to women and children as well as those calling to ensure human rights. There have also been an increase in protests by migrant workers, over unpaid wages.