Syrian Civil War
Court frees the trio charged with attempting to join Syrian civil conflict
Denying the charges, the trio had claimed that they had gone to Turkey "for business purposes"
The verdict noted that the state had failed to provide the necessary documents to prove that the three were even arrested by Turkish authorities
They were freed on October 19
3,538 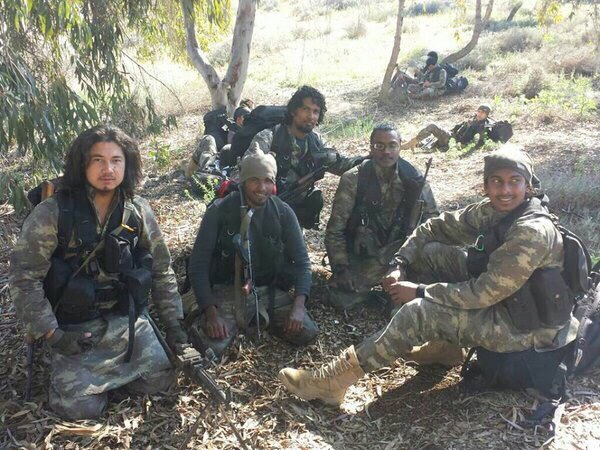 Three individuals who were caught while attempting to enter Syria, via Turkey, have been freed by the Criminal Court.

Charges had been raised against Ahmed Latheef from Maamendhoo island of Laamu atoll, Ahmed Suhail Moosa from Rathafandhoo island of Gaafu Alifu atoll and Munavvar Abdulla from Gaadhiffushi on Thaa atoll, accusing the three of attempting to the cross the Turkey-Syria border with the intent of joining the conflict there.

According to the charges against them, the three had traveled to Turkey from Maldives on 15th February 2016, and were arrested from the Turkey-Syria border.

Denying the charges, the trio claimed that they had gone to Turkey "for business purposes", challenging the state to prove that they had tried to enter Syria. However, prosecutors were unable to do so.

The verdict further noted that the state had failed to provide the Court with the necessary documents to prove that the three were even arrested by Turkish authorities.

It also noted that audio evidence hinted that the trio had entered Syria, but that there was no proof of this. Furthermore, noting that the audio evidence proved that they had engaged in conversations that were against true Islamic norms, the verdict stated that this alone was not enough to prove that their intent of traveling to Turkey was to join the conflict in Syria.

While this was the first time the state had officially raised charges against an individual for joining a foreign conflict, cases against more are currently ongoing at the Criminal Court.

Last updated at: 2 months ago
Reviewed by: Abdulla Naseer Ibrahim
0%