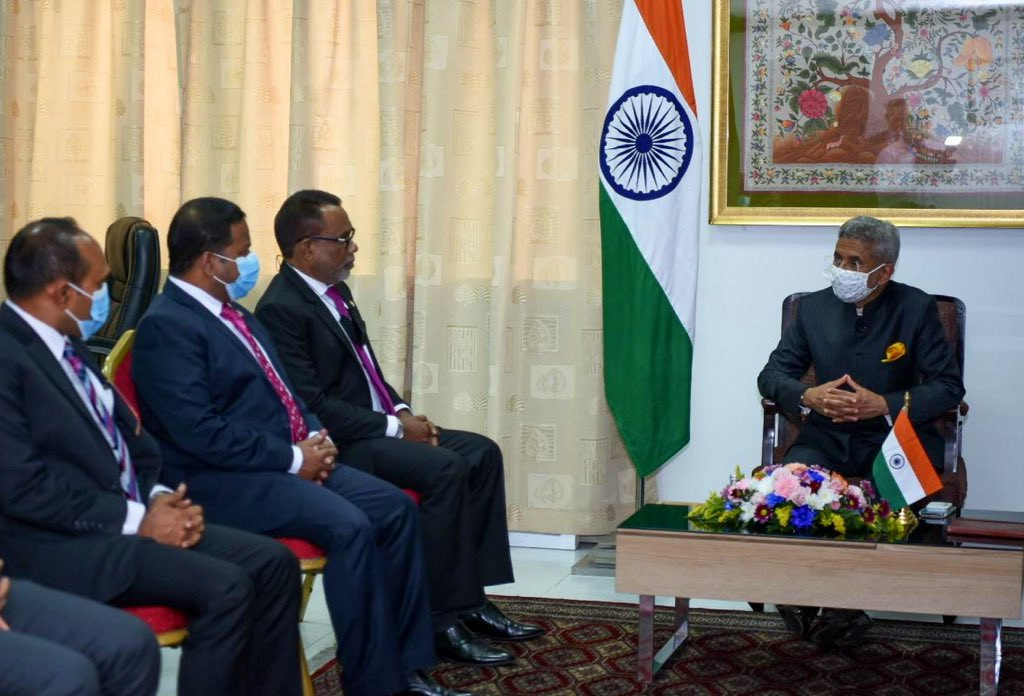 India's External Affairs Minister Dr. S. Jaishankar has met with a delegation of the opposition coalition, as part of a series of high-profile meetings being conducted on the minister's second formal visit to the Maldives.

The meeting saw members of the PPM-PNC coalition raise several concerns to the attention of India's External Affairs Minister Dr. S. Jaishankar, including that of jailed Ex-President Yameen Abdul Gayyoom and difficulties the opposition claims to have been facing campaigning for the Local Council and Women's Development Committee elections, slated for the upcoming month of April.

The PPM-PNC delegation called on Dr. S. Jaishankar, and India, to advise the Maldivian government on the aforementioned issues, in order to maintain political stability in the island nation. The opposition coalition alleged that the government's current stance was too harsh and that democracy was being weakened within the island nation as a result. The PPM-PNC coalition also noted with surety that maintaining political and domestic stability in the Maldives was also a top-priority for neighboring India.

The details of the meeting were publicized by the opposition coalition in a press release on Sunday afternoon. India's External Affairs Minister Dr. S. Jaishankar is said to have reaffirmed India's current stance as an attentive and responsible neighbor that prioritizes the well-being of the Maldives, and to have acknowledged that addressing concerns of the opposition would also be a point of importance for India at all times.

Maldives’ relations with India had soured during the previous PPM administration. PPM-PNC recently held protests over Maldives’ growing relations with the neighboring nation, claiming that India was a threat to the island nation’s sovereignty.

Dr. S. Jaishankar, who is on a two-day official trip to the Maldives, expressed a desire to meet with opposition leaders and help clarify India's relationship with the Maldives during an exclusive interview with RaajjeTV on Saturday.