Environment Organizations call for action
Environment orgs. release joint press as police impose travel restrictions on Gili Lankanfushi GM
Statement also highlights the issue of resorts dumping waste into the ocean; condemns the unlawful sale of Maldivian islands and lagoons as identified in the MMPRC corruption scandal
Organizations call for swift and through investigation of the Himmafushi sandbank destruction case
Joint press release by 11 environmental conservation organizations in the Maldives call for legal action against those damaging the environment
3,326
26 Jan 2021 | Tue 13:24
K. Male' 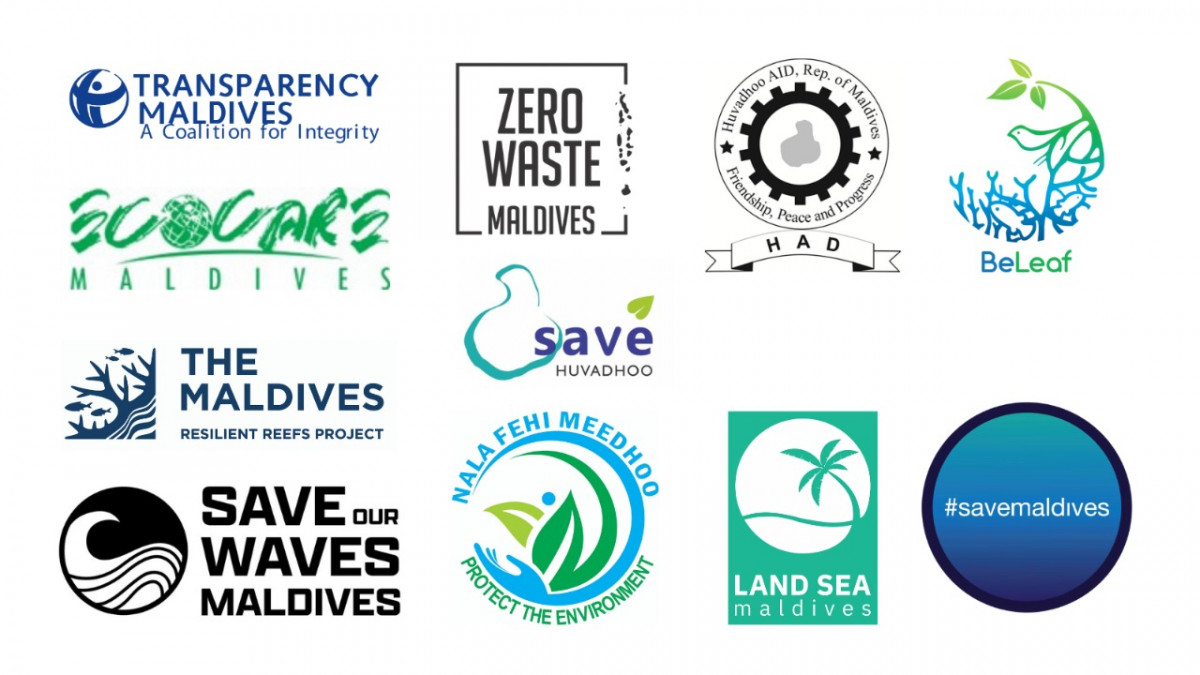 11 organizations dedicated to conservation of the environment in Maldives have released a joint statement calling for legal action against those who perpetrate and condone environmentally destructive practices.

The joint press statement identifies the Maldives as one of the nations most vulnerable to changes in the global climate, and that the country had been experiencing, and would continue to experience, extreme and irreversible environmental repercussions due to climate change. The statement further reads that while the Maldives' natural environment is the nation's greatest assets, sufficient progress was not being made to discourage environmentally damaging practices, and that this was the reason those who perpetrate and condone such actions felt free continue in their rampant destruction of the Maldivian environment.

The statement goes on to highlight the case of individuals associated with a resort attempting to destroy a sandbank to the southwest of Himmafushi island, and calls on the Maldivian government and related authorities to take strict action against all those responsible for the blatant environmental damage. Further, the statement notes other key environmental issues that have been at the forefront of debate in recent months, such as Maldives Association of Tourism Industry (MATI)'s declaration that they could not immediately halt the dumping of waste into the ocean by resorts and liveaboard vessels catering to tourists. Highlighting that sharks are a protected species in the Maldives, the report also condones the attempt made earlier this month to export over 480kgs of shark fins from the country via Velana International Airport.

The joint press statement further details the presence of international consensus on what classifies as a environmentally destructive practice and calls for strict action against perpetrators of such acts. Additionally, the press release also supports the appeal made by Member of Parliament for the Hoarafushi Constituency and Chair of the Committee on Environment and Climate Change Ahmed Saleem, at the Assembly of State Parties to the Rome Statute of the International Criminal Court on 3 December 2019, to identify ecocide as a grievous crime on par with genocide.

The collective of organizations go on to note that while Article 22 of the Maldivian Constitution defines the State's fundamental duty to protect and environment preserve the natural environment, biodiversity, resources and beauty of the country, it is difficult to hold perpetrators of environmentally damaging practices accountable and pursue legal action against them. The statement demands further strengthening of legal frameworks against environmental and ecological crimes, and calls on Parliament to afford special attention to legislation currently being prepared in relation the the environment and climate change. Additionally, the statement notes that as the incumbent administration affords full freedoms to the Environment Protection Agency (EPA), the agency's operations need to be conducted in a more transparent and effective manner in light of that fact.

While environment conservation organizations in the Maldives have called for a swift and thorough investigation into deliberate destruction of the sandbank near K. Himmafushi, independent activists who had attempted to stage a protest regarding the issue have had their families become the target of death threats. Himmafushi Island Council have also called on authorities to ensure the perpetrators are held accountable. Videos circulating on social media regarding the incident show that those associated with the nearby Gili Lankanfushi Resort had attempted to destroy the sandbank to prevent locals from utilizing it for recreation and leisure, and the Gili Lankanfushi Resort has since released a statement apologizing for the incident.

David Stepetic, General Manager of the nearby Gili Lankanfushi Resort, had dug a narrow channel along the sandbank on Thursday along with other employees of the resort. Maldives Police Service have now imposed a travel restriction on David Stepetic as they continue to investigate the case with the EPA.