Tourist arrivals of 2021
Maldives tourist arrivals top 300,000 little over three months into new year
India contributes 23.4 percent of the arrival rate
697 tourist establishments are currently in operation
307,543 visitors have been welcomed by April 3 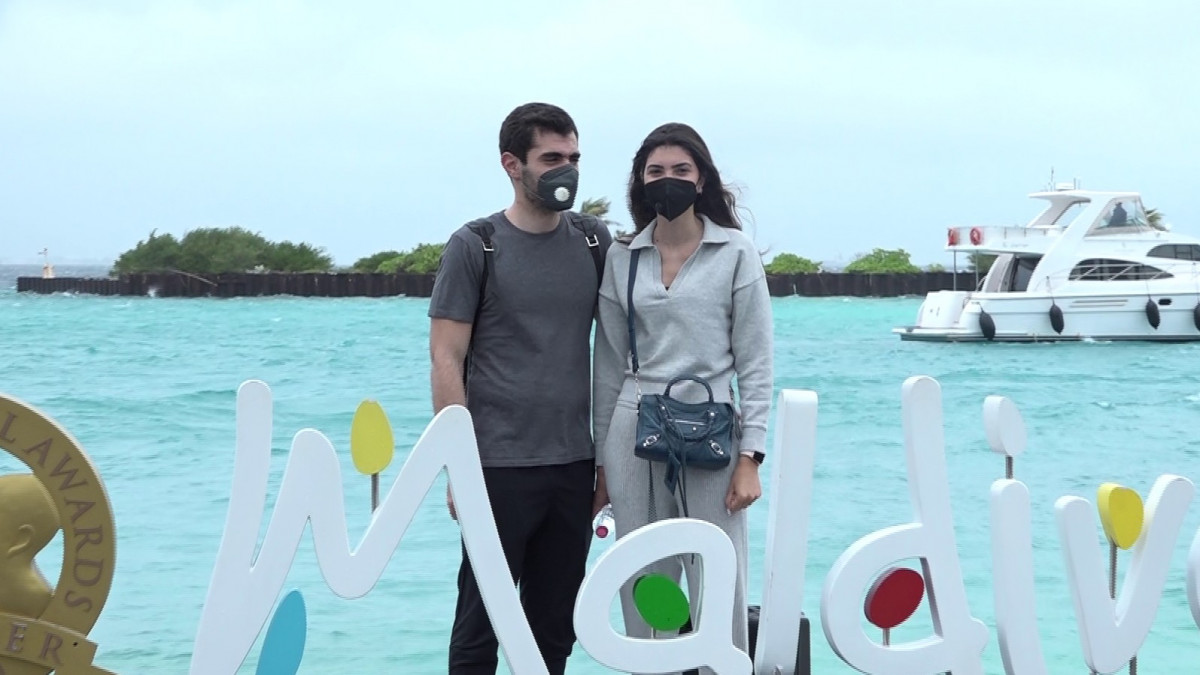 307,543 visitors have been welcomed in the Maldives thus far
RaajjeMV

Maldives tourist arrivals for 2021 has topped 300,000 a little over three months into the new year.

Latest statistics publicized by the Ministry of Tourism reveal that India remains the top source market for the archipelago nation’s tourism, as the country’s tourist arrivals reached 307,543 by April 2.

While visitors are staying for an average of eight days, the number of tourist arrivals recorded the same period last year was slightly higher. As such, it was 19.7 percent more with 382,762 visitors having been recorded by March 31 last year.

Tourism Ministry also shared that an average of 3,343 tourists were visiting the Maldives every day based on their statistics.

5,052 visitors were recorded on Friday whereas 3,921 tourists touched down at Velana International Airport (VIA) the previous day.

India contributes 23.4 percent of the arrival rate, which is a step up after having been ranked second before the Covid-19 pandemic began sweeping across the globe. India is followed by Russia making up 21.3 percent with 63,523 arrivals by Wednesday and third comes Ukraine, which jumped from the 23rd rank according to pre-Covid stats and currently contributes six percent of tourist arrivals. 17,921 visitors arrived from Ukraine by Wednesday.

Germany, Kazakhstan, Romania, United States of America, United Kingdom, Czech Republic and France, are also considered some of the biggest tourist markets for the Maldives.

By 1 April, arrivals from these countries have been recorded at:

With three more guesthouses having resumed operations since Thursday, there are currently 697 operational tourist accommodation establishments with 46,183 beds across the Maldives.

When borders were reopened, at first resorts and liveaboard vessels were given the green light to begin operations. Guesthouses outside of the Greater Malé Region were permitted to resume operations on October 15. Authorities allowed the reopening of guesthouses in the capital region on December 14.

The ministry boasts increasing tourist arrivals, which were snail-paced into the beginning of the country’s tourism-revival journey. As such, an optimistic tourism ministry revealed that the source markets are recovering, with “impressive” results.

The country saw a record-breaking 1.7 million tourist arrivals during 2019 and an optimistic government set a vision to break the record with two million arrivals in 2020, which was foiled by the ongoing Covid-19 pandemic, due to which authorities halted issuing on-arrival visas on March 27 that year.

Nearly four months later, Maldives tourism began reviving and from July 15, arrivals have been increasing steadily over the past couple of months. Maldives was able to exceed its new target of 545,000, by the end of December 2020 and aims to welcome 1.5 million tourist arrivals this ongoing year.

Maldives will mark 50 years since the tourism industry’s inception, in 2022, which is to be celebrated as the golden year of tourism in Maldives.