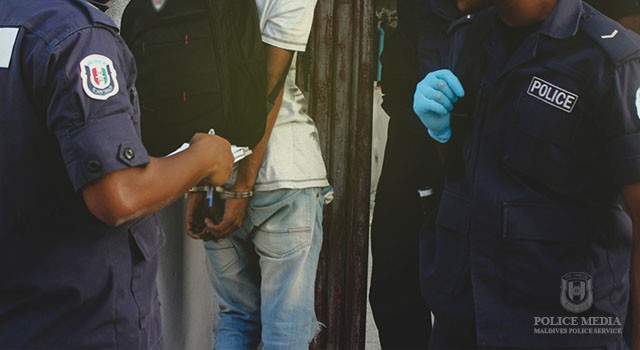 (File photo) The arrests were made early Sunday morning
police

Four individuals have been arrested for attempted robbery in the Maldives capital, Malé City.

Maldives Police Service (MPS) launched investigations into the case on Sunday, after the four individuals were arrested for attempted theft at a shop in Galolhu-ward of Malé.

Police revealed that arrested in connection to the case are three 43-year-olds and a 34-year-old, all men.

Officers patrolling the city arrested the men early Sunday morning after receiving reports of suspicious activities a little past 4am.

Stolen cartons of cigarettes, energy drinks and over MVR 3,900 in cash were confiscated from the arrested men.

The case is under further investigation by the police institution’s General Investigation Department.