Maldives National Defence Forces
Military's true purpose is to promote peace, security and avert conflict: President
The president also thanked all military servicemen for their “patriotism and dedication”
He noted that the military profession requires discipline and the constant seeking of knowledge
President Solih made the statement while addressing graduates of the MNDF’s 66th basic training course 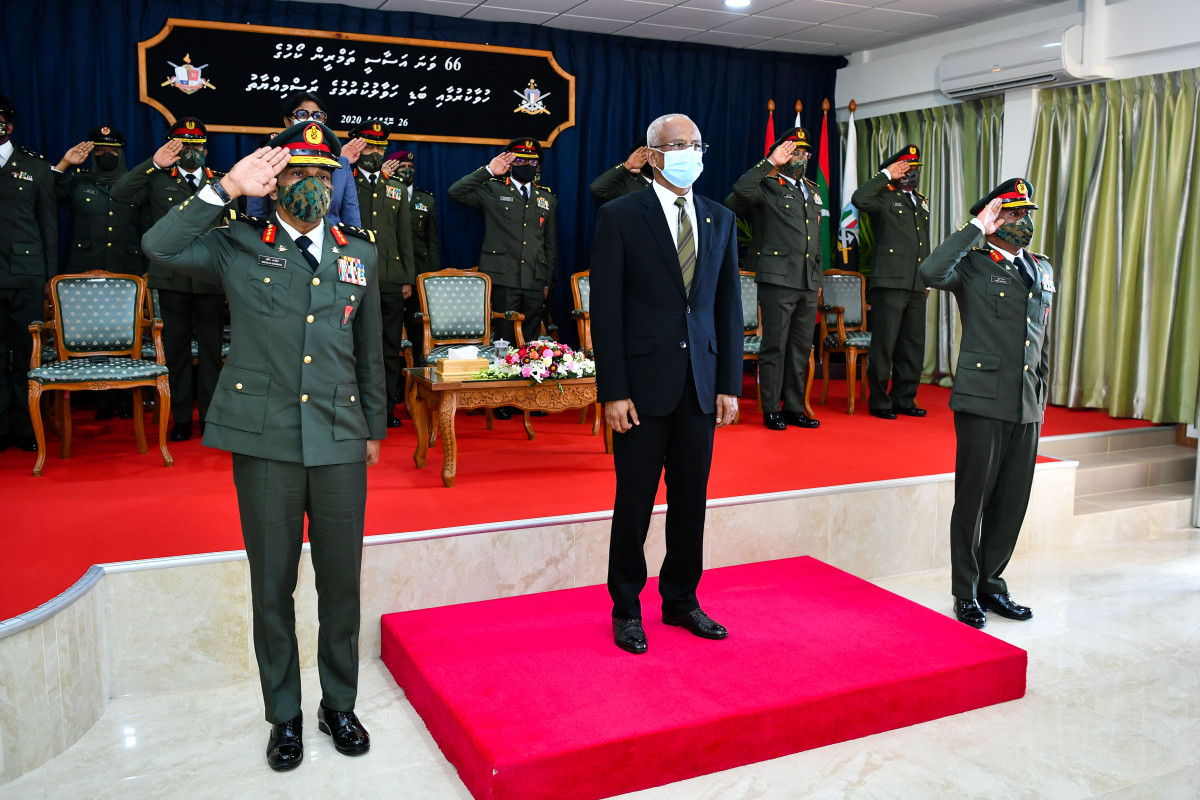 President Ibrahim Mohamed Solih has said that the military’s “true purpose is to promote peace and security, and to avert conflict and bloodshed”.

The president made the statement while addressing the graduates of the Maldives National Defence Forces (MNDF)’s 66th basic training course. While the ceremony was held in Maafilaafushi island in Lhaviyani atoll, President Solih traveled there on Thursday morning.

Addressing them as the Commander in Chief of the Armed Forces, President Solih emphasized that despite being trained to defend the country with force when necessary, that the true purpose of the military “is to promote peace and security, and to avert conflict and bloodshed”.

He that the intention of strengthening the military’s capabilities is to “help them to preserve the country’s peace and tranquility”.

Further noting that “one of the gravest threats confronting the country, and one of the key challenges faced by [the] security services, is terrorism,” the president expressed confidence that the basic training course will allow the new graduates to “utilize their knowledge and skill to do their utmost to prevent terrorism and violent extremism”.

Acknowledging MNDF graduates are tested on their physical and mental skills and on their ability to defend the nation, the president said that the profession requires discipline and the constant seeking of knowledge.

He urged the graduates to pursue further educational and training opportunities, locally and abroad, to enhance their skillset and specialize in their respective fields.

During his address, the president also thanked all military servicemen for their “patriotism and dedication”, and noted that the armed forces “are the first responders in times of crises”. He also highlighted the many civic and social responsibilities discharged by the armed forces, “as part of their primary role of preserving national security”.

Last updated at: 1 week ago
Reviewed by: Aman Haleem
0%