Maldives - India
India approves second batch of Maldivian patients
The special permission granted to Maldivian patients by Indian authorities is the first of its kind
The first batch of 28 patients, plus caregivers, travelled to India on Monday night
The Indian high commissioner gave the assurance to the foreign minister, at a meeting held on Wednesday
4,255 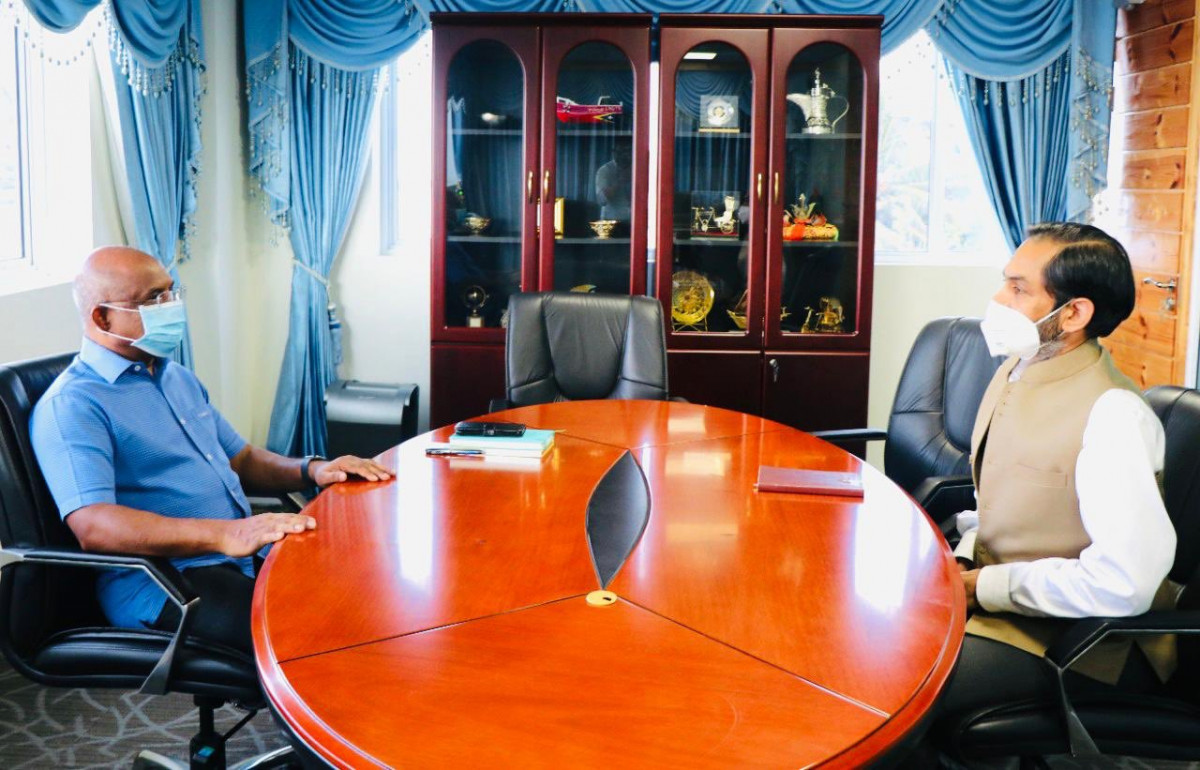 A second batch of Maldivian patients have been approved to travel to India, for urgent medical care.

Foreign Minister Abdulla Shahid revealed this via Twitter on Wednesday, following a meeting with Indian High Commissioner Sunjay Sudhir where they discussed the ongoing cooperation between Maldives and India.

The foreign ministry said that the high commissioner gave the assurance to allow a second batch of critically-ill patients to travel to the neighboring nation at the meeting, on behalf of the Indian government.

While the first batch of 64 people -including 28 patients and caregivers- travelled to India late Monday night, the permission granted to Maldivian patients by Indian authorities is the first of its kind.

The work is being carried out together with Aasandha.

While those travelling to India are only allowed to do so after testing negative to Covid-19, they are to be tested again after completing the required 14-day quarantine period upon arrival in India.

As the patients are being treated at Amrita Institute of Medical Sciences (AIMS) in Cochin, the patients and caregivers are staying in an accommodation block at AIMS during the quarantine period; the patients will be undergoing treatment during the period as well.

While India had approved the travel of 37 patients, authorities said that the number decreased to 28 as some patients refused to travel.

They were allowed to travel to India, which is yet to open borders for international travel following the lockdown imposed due to the Covid-19 pandemic, under a special permission from the country’s Ministry of Home Affairs to allow Maldivian patients in critical condition due to the lack of treatment options in the Maldives.

Last updated at: 3 months ago
Reviewed by: Aman Haleem