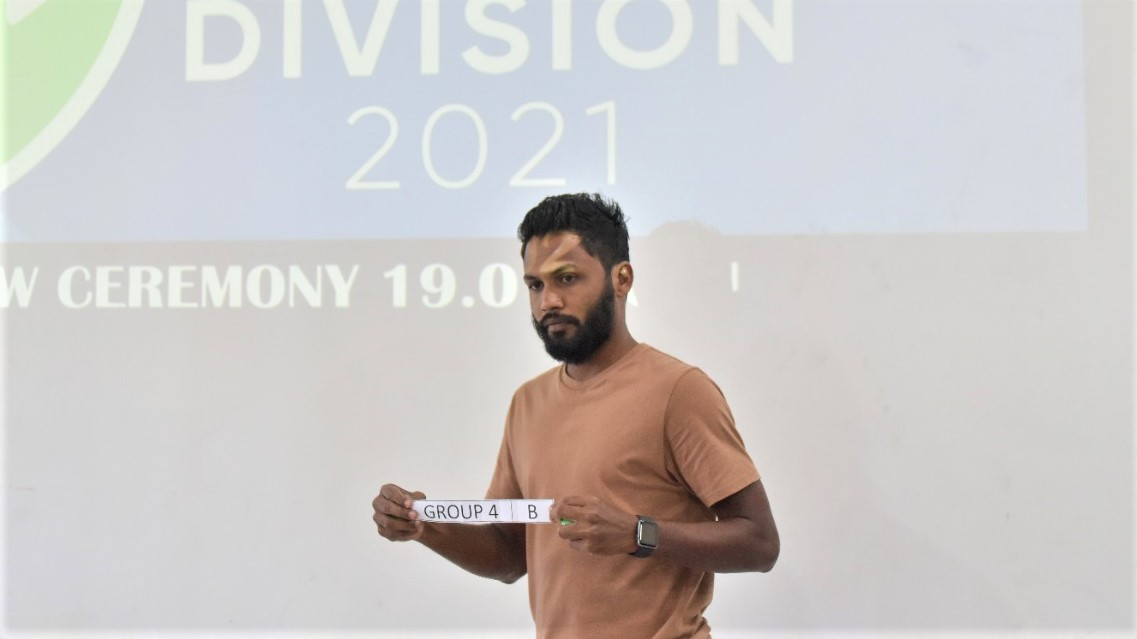 From the ceremony
FAM

The draw has been taken for the Third Division Football League set to kick-off on February 4, after a two-year hiatus.

Football Association of Maldives (FAM) announced the opportunity to participate in the Third Division Football League on January 24, but the application deadline had been extended twice as clubs faced difficulties in administrating the process with the correct documentation.

FAM said that 22 teams initially expressed an interest in competing in the League, but at the close of the application process, 16 teams had successfully submitted the required paperwork. One team declined to participate in the League later on citing personal reasons, which left 15 teams eligible to take part in the Third Division Football League at the time applications were closed.

The leading team from each group at the end of the group stage will progress to the semi-final matches, and FAM has scheduled the final match of the league for March 9.

While the draw is now complete, teams have already committed to preparing for the league with the deadline for the registration of players set to close on January 26.

The Third Division Football League was halted in the past two years, and the last league was played in 2018 with Rock Streets Sports claiming the top-spot.